A friend of mine sent a chain-email about the ways to pray for President Obama. How do YOU pray for him? Here's my reply... 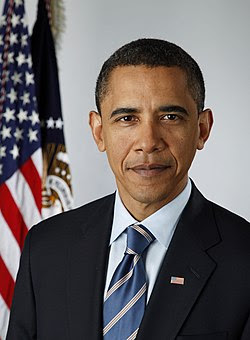 Indeed I'll pray for President Obama... notably that he rules with justice & mercy... and that he's successful in bringing about 'change'... especially for those who need it most.

I'm praying that he'll use his every opportunity to defend the most defenseless in our land -- children not yet born and relying solely on the whims of their mother to keep them alive. I'll pray that he models godly wisdom, acknowledging primarily the God in whom we live and breathe and have our being... and that under Barack's watch, every American will have an optimal chance to know Him and have reconciling peace and redemption thru His Son. And that as President Obama has any opportunity to name justices to the Supreme Court of our land, that he do so with our children in mind... to spare them an early death... and who will grant access once again to an education with our historic godly values for them. And name justices who will once again level the playing field among ALL strongly held beliefs... 'religious' or 'secular'... in the quest for human flourishment -- that is, that 'religious' values need not be checked at the public door, but rather, have an equal opportunity to be heard, seen and discussed in the public square and the public educational institutions. To do otherwise is to limit free speech, short-changing our children and grandchildren. And especially in the age of our growing government sector.

I'll pray that he not laden our children and grandchildren with yet more national debt. I pray that he'll be the first to tell the nation's dirty-little-secret that any president can get by for 4 years if they have a money-printing-press. I pray that he'll shut down its excessive use, and that he balance the national budget just like all the rest of us have to.

I pray that he'll bless those who are freely blessing our communities with their nonprofit services, including churches, ministries, heath-care units, food pantries, jobs-ministries, charter schools, housing, etc.... May he encourage even more such organizations to form, thru tax incentives and reduced government paperwork requirements. And not handicap the most effective ones -- the religious nonprofits -- by barring them from an equal footing as they compete for grants and other regulated activities.

I pray that he'll be an advocate for families -- the families that God designed with a purpose. And I pray that President Obama will do everything possible to help families stay together, and be impactful in their neighborhoods.

And I'll pray that he treat the alien with the same compassion that God commands him (and us) to do. I pray that Barack will initiate practical reform of our immigration system -- that he will immediately fingerprint and allow people who will swear allegiance to the values of our country... into the U.S. to work and pay taxes and to thrive here with their families intact... the dream of our fathers. And allow those who accumulate 5 years of working & paying taxes... to qualify for citizenship and the benefits thereof.

Lastly, I'll pray that he frees us from a portion of the enslavement of working for the government without pay January thru May.

In short, I'll pray that President Obama acts in accordance with the 'Christian faith' that Candidate Obama said he had.
Posted by IndyChristian at 9:28 AM 1 comment: